Last year there was no sound. 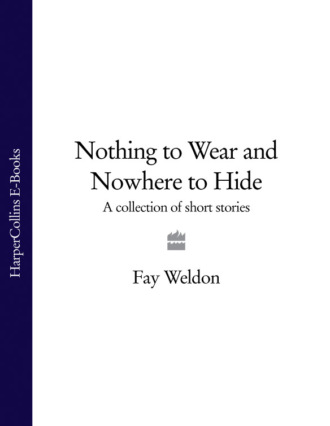 Just the impossible welling up of wet silence. Of sound swallowed down.

To escape the peppermint and perfume, we walk along the footpath that perpends the avenue, running back to the studios and dressing rooms. We glimpse dancers flitting out for fresh air, lithe in leotards and tights. We stop in the shadows away from the yellow cones of light meant to fend the homeless. She says she dreads the Little Angels.

The ad is still there. But now the keeper seems to be attacking the striker, a player I recognize from a local professional team. He has one of those smug, suburban names—Landon, or Hunter, or Trace. We talk about mothers who only have girls. She envies the purity of their fear and outrage. His killing her first was an act of mercy. Then the Sugar Plum Fairy. The chime sounds, and people begin to drift toward their seats.

At her place, in the living room, I take off my shoes and jacket while she sets up the game. I know without having to ask that she thinks of the avatars, ghost-like figures trapped in another world, as little angels. I wake on the floor in the dark with the rain outside. Wind gusts suck the curtains against the wet screens in great heaved breaths. The TV is off, and I look for a digital indicator that might define the space. I reach for a dance mat and draw it over.

The flexible plastic square settles stiffly around our torsos. A poor blanket, it gives little warmth. He lives in Richmond, CA, teaches English at Contra Costa College, and spends his summers traveling with his longtime partner and her kids. For infrequent updates, go to benjahn. That October, their father suggested they wear an animal costume for Halloween.

A horse or a donkey or zebra. One twin could be the front half, and the other the back. They saw, in the mirror, how his face fell and they felt a twinge of guilt for him.

His best ideas never panned out. His only thought was to put them inside one costume. Save them all some trouble and money too, but the girls had raised an important concern. He had shaved off his mustache long ago, before his wedding, but lately, he felt the ghost of it like a phantom mustache hovering over his lip.


As if being a widower returned him to bachelorhood. He looked in the rearview. Their father was wrong. They could not be whatever they wanted. Not this year. What they wanted was secondary to what they needed to be, and that was: different. Each of them had made the decision not to be matching.

But now they were seven, their mother was dead, and their father was helpless. They longed to be something—anything—for once, of their own. Neither twin told the other about the vow she had made with herself, so it became a waiting game. She could not choose a costume until her sister did. But, of course, her sister could not choose a costume either. They were stuck and they more or less figured out what the other was up to because of it. Even this private pact became something shared. Hall of Hauntings was open all year.

Lionel wanted to be a cow. It was the subtle gender swapping of it that was fun. And fake eyelashes. It would be almost like dressing up as a lady. On a normal day, he had no desire to dress this way.

But because he could on Halloween, he figured why not? He put on the cow suit quickly and came out to show them. He stared at himself for a minute, loving it. A cow was such a majestic, maternal creature. But no, his girls were nowhere behind him. His tail swept back and forth on the dirty ground as he paced and then ran. Silently, they walked away from their father and away from each other.

They parted separate paths through the wigs and the face paints, passing a dress made of doll heads, two clowns with yellow teeth and bloodshot eyes. They wondered about this holiday.


Why did adults return to these childish things? The dress looked so heavy. And all those doll heads would bang together whenever you walked. They hated that they thought that. But they did. The baby aisle was similarly confounding. Babies as lobsters being cooked in pots.

A baby as what looked like a homeless man. A baby with a lump of poop it could wear on its head. One sister strolled slowly with a hand out, touching every costume she passed. She could be a shark but that was boyish, a cat but that was boring, a giraffe with a long neck that would extend up from her head with a hole for her face. Disgusting, how a face would come out of a neck like that. The other sister walked more deliberately.

She thought she knew what she wanted. She rejected a watermelon, a vampire, a pilot. The other had a bald cap and a cane. They were beautiful, his daughters. He meant to make his voice loud and foreboding. He could do it, be angry. He saw them, all three, reflected: a cow, a hotdog, a shrunken old man.